When it comes to writing the report of a match or to narrating it through radio or television, the editor/presenter have to make everything possible in order to look for synonyms to name the clubs which are disputing the match. But, surely, they and the readers or listeners have no considered the reason why some clubs are named in curious ways.

Red devils in Manchester? A character of Shakespeare’s Henry IV novel in a football club? Out of the blue, lots of these nicknames do not seem to have too much attachment with reality… And, however, fans have taken on as their own. 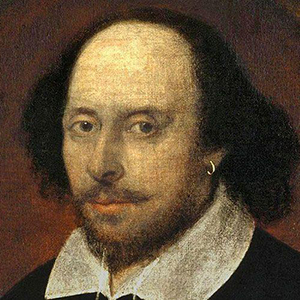 That’s why at LabHipermedia we want to offer you a little guide about the most famous and remarkable nicknames of the main English football teams. We have focused this post on the five teams that, according to the historical table of the Premier League, have achieved more titles and points in their 28 seasons.

The devil rules the Premier League

The most successful team in England is commonly named as The Red Devils, and there is a little bit of irony in the origin of this nickname. There are two explanations about how Manchester United adopted this diabolic creature as its distinguishing mark, although both agree in the key person who popularises it: Sir Matt Busby.

Although Busby spent almost his whole footballer career playing for Manchester City, his legacy came as the second most laureate coach in Manchester United history, just behind Sir Alex Ferguson. The main theory explains that Busby ‘stole’ the nickname in the 1960s from a local rugby club, Salford, which shared their training amenities with United. A behaviour typical of a devil, doesn’t it? The legendary coach even asked for changing the logo of the club, incorporating a red devil in its centre since then. 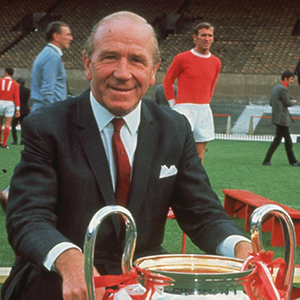 The second theory is kind of more well-mannered. While disputing some friendly matches around France, local journalists referred the team as “Les Diables Rouges” based on the colour of their t-shirt. A nickname that is also used by the Belgium National Football Team.

But Manchester United had another nickname, although is not widely known. The original name of the club was Newton Heath because of the homonymous area, so they were also known as The Heathens in their beginnings.

As a curiosity, we have to talk about the United of Manchester. This team, which competes in Northern Premier League Premier Division, the seventh tier of the English football league system, was founded in 2005 by some Manchester United fans dissatisfied by the Malcolm Grazer´s takeover of the club. And, in order to express this feeling, they started to refer their team as The Red Rebels. 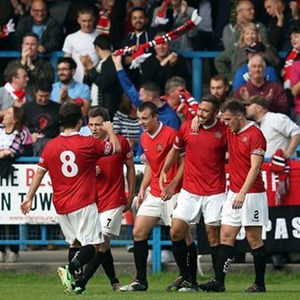 When trying to explain why Arsenal is also called as The Gunners, it is necessary to explain the origin of the club and its name. Just like Manchester United, Arsenal was first called Dial Square because it was founded by workers from a munition factory, Royal Arsenal, being Dial Square the centre of the complex. Only a month after its foundation, they decided that Royal Arsenal sounded better and adopted this name that was finally simplified to the current one.

So it is obvious that gunner is related to the founders of the club, but what it is more weird is the fact that the team fans are not called gunners…but Gooners. The reason is not very clear, but it seems to be similar to why Newcastle United fans are called The Toon Army: just a pronunciation alteration (Gunners – Gooners vs. Town – Toon). And if you want to discover what a Gooner feels, it is mandatory to read Nick Hornby’s book Fever Pitch or to watch the film based on it, having the Academy award winner Coin Firth the leading role. 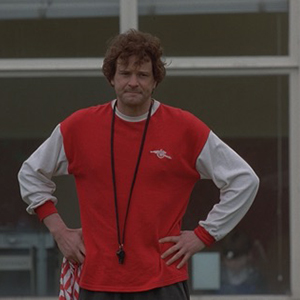 Blue is the colour

We have to admit it: we do not have so much to talk about the nickname of Chelsea FC. Blue has always been the colour of their kit since its creation, although the first one was a paler Eton blue (mix of green and blue) which was changed later to the current royal blue, so The Blues is an obvious choice.

But this club has another nickname, although it is not commonly used: The Pensioners. This name comes from the Royal Military Hospital placed nearby Stamford Bridge that serves as a retirement home for British Army veterans, known as Chelsea Pensioners. The first crest of the club had a pensioner in its centre instead of the current blue lion and, although football has developed itself as a lucrative business, the club still provide free match day tickets for its home games to the residents. 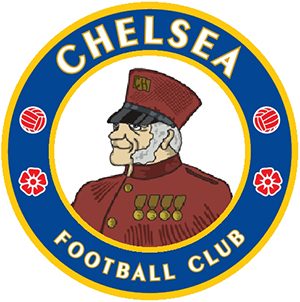 Reds… but not always

This is going to be a story that mixes what we have previously talked about Manchester United and Chelsea. Just like the latter, Liverpool has a nickname based on the colour of its t-shirts… but ‘The Reds’ were only reds since 1964. And here we have the analogy with the first club mentioned: the promoter of the idea was his coach, Bill Shankly, who though that the players would look scarier to the opponents with this colour. 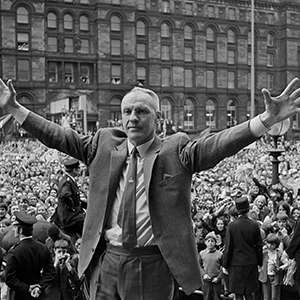 Or, maybe, the reason was to distance the club from his Evertonian neighbours. Liverpool FC was founded after a disagreement between Everton’s board of directors and Anfield’s owner, who decided to found another team in the city. So since the beginning the rivalry was fierce between both clubs, and the Shankly era was not an exemption: quotes like “when I’ve got nothing to do I look down the league table to see how Everton are getting along” or “if Everton were playing at the bottom of the garden I’d draw the curtains” are the proof.

To be or not to be a Spur

His real name was Sir Henry Percy and it is well-known as being one of the main characters of Henry IV Part 1, book written by William Shakespeare. This nickname was given to him by the Scots as a tribute to his speed in advance and readiness to attack, using his spurs to make his horse go faster as he charged in battles. Its descendants were the owners of the land were the club´s first ground was placed, so it was an homage to this nobleman. Spurs are also associated with fighting cocks, and that is the reason why Tottenham crest is a cockerel on a ball. 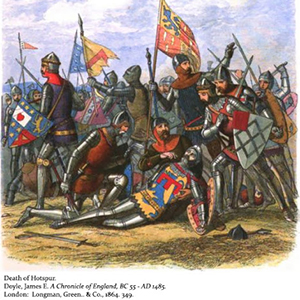 Tottenham Hotspur is also known as The Lilywhites, a nickname shared by other clubs like Preston North End. In fact, the club adopted their white shirts trying to emulate Preston, who had won the league without losing a single match as we mentioned in our football history article.

Lastly, we have to talk about a nickname that started being offensive but that Tottenham fans finally adopted. The club is settled in an area of London known for his Jewish population and some chairmans of the club have been Jewish as well. So some other London clubs made anti-Semitic chants towards the Spurs fans using the word ‘yid’, an offensive term for a Jewish person. But fans turned things around and now they called themselves as The Yid Army, minimising any negative connotation with the term.

Here we close our review to the nicknames of the five most honoured clubs in English football. If you want to contribute with other names of the aforementioned teams or to discover the origin of other team’s nicknames, do not hesitate to leave a comment in the post in order to know it.

At first sight, the term augmented reality may be conceived as innovative and new, but we can actually trace it back to the past century, even though it wasn’t known with the same name and Leer más…