FOOTBALL HISTORY (3): The birth of the IFAB

One more week, we continue with our series about football history seen from the perspective of the Laws of the Game evolution. However, before jumping into action, we are going to revise what we have seen until know.

In the first part, which can be consulted here, we talked about the main football precursors and how this emerging sport was developing until a key date: 1863, when the considered as the first football rules were written.

However, in the second chapter we saw that the aforementioned fact did not achieve the desired unification among all the schools of England where football was practised. Little by little, an agreement for the development of this sport was reached, and a figure was key in it: the referee, although it went through various stages with very different names, origins and roles until the creation of the first football competition in history, the FA Cup, where the referee adopted a more similar role than what they have nowadays.

As we previously mentioned, the practice of football was quite standardised during the 1870 decade… Although in these years the evident differences of the previous decades between the schools of England changed to an international level. That is because, in this order, the federations of Scotland, Wales and Ireland (the split between the Republic of Ireland and Northern Ireland had not happened yet, so it included the whole island) were created, with plenty of similarities but also some particularities in its conception of football. If they had count with our platform CloudLab, it is sure that the goal of the rules unification would have been easier for them…

Those little disagreements meant that, every time there were a match between two of the aforementioned federations, it would be played with the specific rules of the country that hosted the match. This is what happened in the first international match in football history, celebrated in 1872 between Scotland and England in Glasgow, and subsequents in the decade. The fact that players and other components of football had to learn the rules of each federations sounds a little chaotic, doesn’t it?

This provoked that the four federations met in 1882 in Manchester, not with the intention of setting a unified rule for the matches in the whole British islands, but only for the games that confronted their national teams. They could have taken advantage of the circumstances for a fully agreement, but they did not do it… And only three years after this meeting they had to make an important decision.

The idiom that precedes this paragraph summarizes what we are going to talk. Litlle by little, football was starting to generate money and, although it is not fully connected with the Laws of the Game in essence, what happened in 1885 regarding the economy of this sport has an enormous impact in its development.

Besides the logical sale of tickets for the matches (women used to enter in the fields for free, but not men, although this started to change when that year two thousand women shown up in a Preston North End match ruining the business), football was also obtaining monetary resources thanks to bets and the catering businesses placed round the football pitches, which used to sponsor the matches. 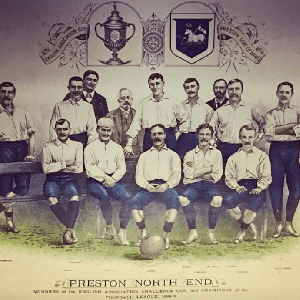 However, players took part of the emerging sport just for the fan of it because it was not considered as a business, but only as a simple entertainment. So players could not be payed, by no means sold to another club. Or, at least, that was the idea, because in lots of clubs a salary was given under the table to the best players in order to continue counting with them.

Almost every sport has undergone throughout its history of the amateurism vs. professionalism dichotomy (and its third variant, known as amateurisme marron in French, which was the illegal salary payed to the players related in the last paragraph). Defenders of amateurism raised the festive and altruistic sense of sport as its flag, while the defenders of professionalism desired that athletes had to win part of the money that they were generating with its performances.

Football, in this context, came ahead of time in the debate that would be completely open later with the birth of the modern Olympic Games in 1896. Pierre de Coubertin, its founder, defended to the death that only amateur athletes had to participate in the competition without receiving a monetary benefit. Nowadays, there are still sports in the Olympic Games that continue having a deeply amateur basis like boxing, in which professional boxers did not start to be admitted (although with notable restrictions) until the last Olympics celebrated in Rio de Janeiro.

There was a clear trigger for the professionalisation of English football: the scarce number of clubs that decided to sign up in the FA Cup. Having to compete selflessly, lots of clubs chose to organise friendly matches on their own. Understandable from an economic point of view, because with this method they ensured the control of the incomes that could be generated in the game. And still more understandable if we have in mind that in 1884 Preston North End was ejected from the competition for paying its players, a situation that was starting to be common mainly in the clubs of the North of England. This provoked that some clubs of this area sided with the ejected and left the FA Cup.

So, in the summer of 1885, The Football Association accepted professionalism in English football with very curious particularities: yes, clubs could payed its players, but only if they had born or lived during at least two years at less than 10 kilometres from the headquarters of the club. However, being a football player already was, for all intents and purposes, a profession in the country… A professionalisation that, in the case of refereeing, has not been fully achieved in the majority of the countries yet.

The creation of the IFAB

Scotland, however, did not feel up for agreeing with England and refused to dispute matches against national English teams formed by professional players. A new disagreement was originated in the football world, but Ireland interceded suggesting an annual meeting with the four federations to discuss the Laws of the Game. Following the advice of the Irish association, two representatives of each federation gathered the second of June of 1886 in London: the International Football Association Board (IFAB) had born.

Its creation did not solve the problem, but another fact did it: in 1889, England got rid of the aforementioned restrictions and the first Football League (precursor of the current Premier League) was won by Preston North End with ten Scottish players in its squad, who had emigrated to England in order to be professionals. Won, in addition, without losing a single match, a record that, until the date, only Arsene Wenger’s Arsenal was capable of repeating it in the 2003-2004 season. Considering these facts, Scotland gave up and admitted professionalism in 1893. 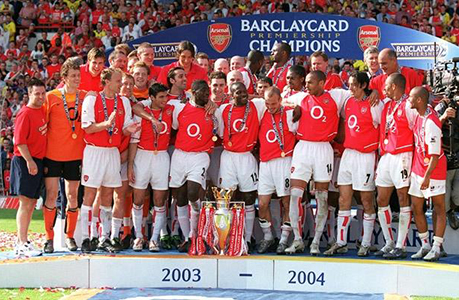 But, anyway, we have mentioned in all ways that this football history is going to be related under the Laws of the Game point of view, so the professionalisation of football is only the base to talk about the IFAB.

Before anything else, we have to admit that probably only the most football fanatics know what the IFAB is. From its creation, this association became established as the guardian of the unified Laws of the Game and tasked with preserving, monitoring, studying and amending football rules. To this day the Laws of the Game can only be changed by The IFAB, and its last version can be consulted here.

One of the first changes, which we did not expound on in the latest post, was the definitive establishment of the refereeing roles as we know it nowadays (with the exception of the fourth referee). As we previously mentioned, originally there were two ‘umpires’, one of whom each of the playing teams could appeal to in case of a controversial play which could not be solved by the captains. This solution was used

by the time the first FA Cup took place; however, it was far from ideal as reaching decisions was preceded by lengthy delays.

At first, the referee stood outside the field of play, tasked with keeping time and being required when the two umpires failed to reach a decision on their own. In 1891 the figure of the referee was introduced with the authority to send players off and give penalty kicks and free kicks without listening to appeals. And, as a consequence, both umpires became linesmen, nowadays called assistant referees.

But, how the IFAB decide those changes? Who suggests them? Who has vote in the association and how are they distributed among its members? We will see it in the following posts of our series about football history.

[…] Tottenham Hotspur is also known as The Lilywhites, a nickname shared by other clubs like Preston North End. In fact, the club adopted their white shirts trying to emulate Preston, who had won the league without losing a single match as we mentioned in our football history article. […]

The inclusion of augmented reality in sport

Augmented reality is a tool that is progressing rapidly due to its many applications. For the most part, its current use is focused on entertainment where users immerse themselves in new worlds that allow them Leer más…

Pau Cebrian Devis: «I know that the day I leave of being a referee I am going to miss it a lot»

https://youtu.be/YDuGaMQTunw Our main guest of January is one of the top assistant referees, both national and internationally: Pau Cebrian Devis. With countless matches officiated, including a Champions League final, we interview Mateu Lahoz´s right hand Leer más…

Expected Goals: one of the reasons of the triumph of Atlético de Madrid

Atlético de Madrid ended up winning 2020/2021 LaLiga Santander title in one of the most equal and exciting seasons we remind. Sweeping at the beginning and suffering as only this team knows how to do Leer más…