At first sight, the term augmented reality may be conceived as innovative and new, but we can actually trace it back to the past century, even though it wasn’t known with the same name and the spotlight laid more on the milestone itself. The history of augmented reality points straight to one name: Tom Claudel, researcher, as the first one to introduce this concept through a gadget design to repair planes where an image with information (such as indications and cables) was displayed from a camera from the operator’s view. With this, conscience about this technology started to shape up as we know it today.

However, at the end of the 50s Morton Heilig, cinematographer among other professions, created Sensorama, an experimental machine of multisensorial stimulation. The person who tested Sensorama would dive into a 3D image world – till here it could just be considered virtual reality, technology which is the base for our virtual trainer for assistant referees, VAR3D – but the device would also shoot streams of air or move around the chair in which the subject was seated, being able to point it out as the beginning of augmented reality, even though Heilig named it “theatrical experience”. 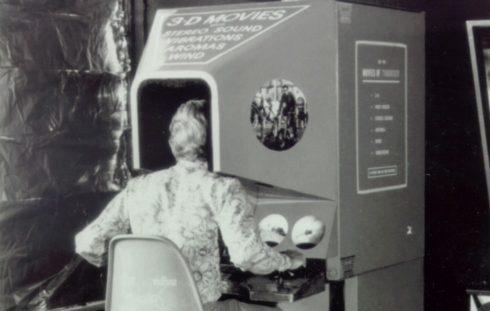 The ones before were the first steps that, throughout the past decade, would end up with the boom of 3D digital cinema, with the Avatar revolution (James Cameron, 2009). From then on, not only the production of movies that required one specific type of glasses to watch began; the paradigm was turning on the even more difficult concept: creating short films or movies whose action would coordinate with the seats from the theatre, seats that can only move on its own axis, that would vibrate and even would include air and water streams, all in all with the objective of providing a unique experience of augmented reality to the audience.

Once the concept of virtual reality was born it was necessary to differentiate it from augmented reality. Loads of people consider they are the same, but it’s not. Virtual reality is the creation of an invented non-existent reality, even though sometimes it may resemble the world that we know, while augmented reality is based on the introduction of digital elements in real life. Virtual reality is more stablished as it consists of an invented world in which the user can dive into through a virtual reality headset. In addition, this technology has been more praised due to the simplicity of elements that it requires and, sometimes, less expensive ones, that allows the user to enjoy the experience through a simple phone.

Once familiarised with the features of augmented reality, it’s necessary to emphasise that it hasn’t only become an extra that allows for revolutionary sensorial experiences, but it has also translated as one of the biggest advances in the world of videogames. Previously we discussed how augmented reality faced the negative conception that parents usually have between videogames and the lack of outdoor activities, and nowadays the scientifical evidences that back up the benefits of augmented reality videogames on health keep growing, being Pokemon Go the best example.

The Niantic videogame was launched in 2013 and it contains maps whose design is based on actual geographical places with real locations and streets where the player has to capture the different models. With the rising of this platform the conclusion about the actual benefits that videogames can provide to players was reached, and now there are many scientific studies backing up this evidence. This is because the users are forced to walk through kilometres to capture the Pokemons and the game rewards their players the longer they move around with better and new characters, same as in the Game Boy version. To add up, some Pokemons were exclusive to certain geographical areas or some other players could find that a random church in some village had become a gymnasium, which led to a mayor hype.

But not only these long walks were beneficial for the overall physical health, but the game has joined neighbours from the same neighbourhood that would meet up in groups to hunt together special Pokemons that would pop up in their area, which has been shown to be also beneficial for mental health and inclusivity in society (something that was missing before the arrival of these games).

Along these lines you can find other games created by the same company that launched Pokemon Go such as Harry Potter Wizards Unite that has been surrounded by way less controversy than its brother, when places such as Auschwitz, the Holocaust Museum in Washington or several cemeteries distributed along the world were pointed as interesting places inside the game.

We do not consider playing "Pokemon Go" to be appropriate decorum on the grounds of ANC. We ask all visitors to refrain from such activity.

The growth of augmented reality has not reached its limits exploiting videogames and many other apps use this trend to shine over the rest. Although usually forgotten, filters used on Snapchat or Instagram are also a development of the technology of augmented reality, from wearing a digital mask to increasing budget and being able to generate realistic situations such as the ones that have led to the famous dog or PS5 pranks, both of which digitally carried the animal or the gaming console to their own living room in a way that it looked real. 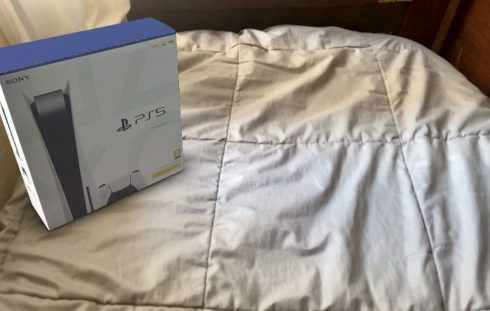 The dog filter on Instagram is the closest thing to an innovation that Google introduced time ago: if you type in the search engine the name of any animal, it will give you the option to translate it to virtual reality so that it will appear in front of you. Furthermore, the app even offered the possibility of adding sounds and movement to the animal. 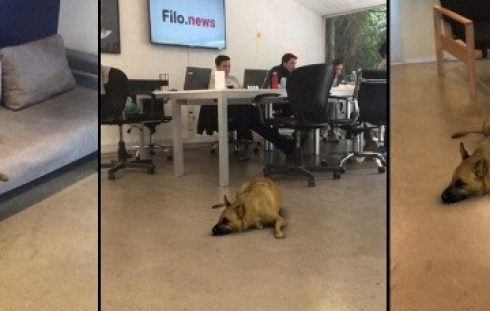 Covid-19 has forced companies to reinvent themselves, specifically the audio-visual business that broadcasts different events live to reach audiences at home due to the restrictions.

The best example is the virtual stands in football fields, another case of augmented reality, adding the audience sound that reacts to the live game.

This is extended to other events such as the “Final Internacional de la Red Bull Batalla de los Gallos 2020”. Freestyle and improvisation matches inside the Hip Hop universe have adapted to the audience ban with an outstanding execution.

This year, the event was held in a studio in the Dominican Republic and it has been live broadcasted through Internet, while previous years it has held up to thousands of people in arenas such as WiZink Center in Madrid. Their budget for visual arts has been raised to the point that the whole stage became a chroma and the confrontations happened in the middle of a very surprising virtual reality environment with a futuristic atmosphere: from words to rime to floating in the air to recreating whole different stages with deserts or mountains.

Thereof, with augmented reality we are already in the future and this technology becomes more exploitable every day, especially in pandemic times, shown through the mentioned examples.

June 16, 2018. Roll the ball in the Kazan Arena. France faces Australia on the first day of their group in the 2018 World Cup. The Gauls arrive as one of the great favorites to Leer más…